Expert Commentary: Social media platforms are massive treasure troves for threat actors looking to leverage the PII records of users to deploy large-scale malicious activities. This data leak unequivocally poses significant security risks for the 700 million LinkedIn users who were affected. LinkedIn users should expect to be victims of targeted social engineering attacks, such as spear-phishing attempts, identity theft, impersonation scams, and other nefarious activities. While the threat actors responsible for this incident auction off stolen data, organizations must be on high alert for potential business email compromise (BEC) attempts.

Expert Commentary: It is excellent that lawmakers are becoming attentive to cybersecurity threats; however, legislation is likely not the most effective tool to combat ransomware threats. No matter how well-intentioned these legislations appear, in high-risk industries such as healthcare, paying a ransom is the most logical thing to do – it might save lives. Also, many organizations prefer to pay a ransom to prevent large-scale operational damages. Although ransomware payments may carry steep prices for a poor security posture, it is far more expensive to lose access to critical data assets that maintain business continuity. Therefore, corporate stakeholders are more likely to decide on ransomware payments based on their organization’s business goals and security posture.

Expert Commentary: Trillions of dollars are processed by ACH networks quarterly. Therefore, the financial services industry will always be a significant target for threat actors. Hence, the U.S. Department of Homeland Security (DHS) designated financial services as critical infrastructure for the U.S. government. Although encryption-at-rest is one of the most fundamental data security best practices, security awareness training measures must also be implemented as a proactive control against human-based security loopholes.

Expert Commentary: Given that metadata infrastructures are used to manage public-key authentication, such as SSH keys, allowing rogue connections to VM connected to live networks is lethal. With such access, an attacker can unequivocally initiate remote processes with God-like privileges over an entire network. Therefore, companies must take security risks associated with unpatched systems very seriously to minimize the threats to critical business operations.

Expert Commentary: Following the SolarWinds hack, the security posture of critical software that performs essential functions gained the attention of private and government stakeholders. Most significantly, the software supply chain connecting government infrastructures to vendors came under heavy scrutiny. As NIST ensures a standardized method of assessing the security and integrity of critical software, its definition of critical software is comprehensive because it accounts for modern software architectures that power elevated privileges, trust boundaries, networking resources, and other critical data access technologies. This effort from NIST is a positive sign that the federal government’s pledge to protect U.S. critical infrastructure is paying off. 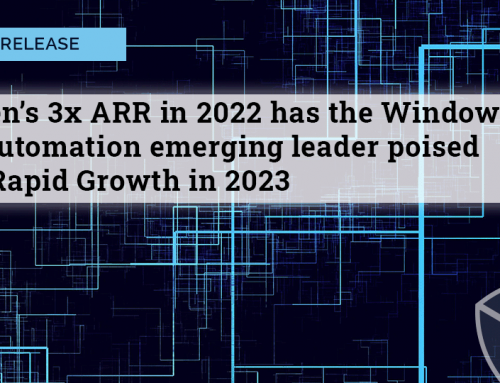