Endpoint deployment and management is a constant IT headache, and it’s an obvious target for automation.

Until recently, automation for deployment and patch management has existed only for organizations privileged with the budget for technology and the highest levels of IT infrastructure engineering talent. Even those engineers only offer partial automation and struggle to keep pace with new technologies and software coming to market. The best automated processes are often proprietary and in-house – leaving a huge demand gap.

One reason for this is that it’s incredibly challenging to pull off fully automating endpoint deployment and patching simply because endpoints and the associated deployment requirements are so diverse, complex, and undergo constant changes. Now that’s all changed – this is the story of the two people who finally made truly automated endpoint management a reality.

Between Bay Area software engineer, Sean Maloney, and IT entrepreneur from Manhattan, Joshua Aaron, the democratization of intelligent, automated packaging and deployment is in full swing. It’s called aiden.

A passion for software innovation – and automation

At Adecco, Maloney noticed how IT professionals struggled with routine deployment tasks and how much time these tasks consumed. His programming instincts kicked into action, sparking Maloney’s first steps into deployment automation as he started to design software that increased efficiency by simplifying processes and programmatically scripting the engineering layer of endpoint management.

Maloney later joined a Managed Service Provider (MSP) called Invisible IT. The company had an unusual business model at the time, billing a flat rate for IT services, which meant Invisible IT’s profitability was tightly coupled with the team’s efficiency, and their ability to reduce support requests by addressing the root cause of every issue.

Seeing the apparent pinch point, Maloney started work on a deployment automation solution that would fully abstract the engineering work layer for endpoint management that would later evolve into a product, called MassDeploy.

“We had a lot of people doing the same tasks, trying to automate things for each customer. We needed to scale that work,” said Maloney. “Even though people didn’t consider that work scalable – and a lot of people still don’t – I knew we could do it. So, I built software and a methodology. And it worked.” 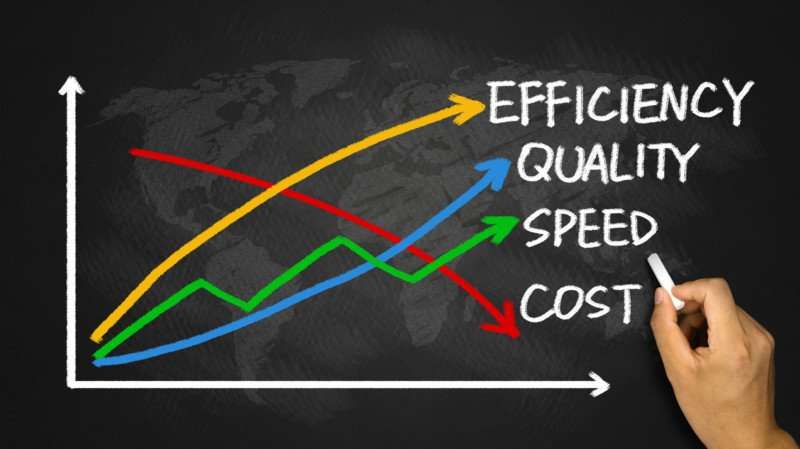 Maloney’s deployment system became the de facto standard for all Invisible IT MSP customers. They considered charging more for any customer who didn’t want to use it, but that was never an issue.

Thanks to his persistent nature, Maloney didn’t give up on his vision of fully automating endpoint management. He continued finding more IT tasks to automate, including automating much of his own role within Invisible IT.

In 2006, Maloney was hired by SanDisk, where he met Alec Minty, a leading authority in Microsoft’s SCCM (System Center Configuration Manager) deployment technology. SanDisk was rapidly growing at the time and could afford to pay extremely well for top tech talent. Maloney worked closely with Minty to redesign SanDisk’s SCCM infrastructure, providing Maloney the opportunity to learn SCCM from the guy who literally wrote the book, and who wrote some of SCCM itself.

Minty appreciated Maloney’s techniques and requested permission to use some of Maloney’s ideas with his own clients. In return, Minty offered to tutor Maloney across key aspects of ultra-advanced SCCM deployment methodologies. His collaboration with Minty gave Maloney a new perspective on endpoint management technology which, in turn, generated an impetus for Maloney to further advance his solutions towards a comprehensive automated deployment solution.

“We created programmatic PC builds, so they didn’t need images anymore. Everything was perfect. Pure, clean builds on every endpoint, every time.” – according to Maloney.

Clashing business models – and the birth of an AI solution

Maloney returned to his former employer, Invisible IT (which was later acquired by Milestone) as a Senior Automation Engineer. But, as their approach to the market shifted towards IT staffing and hourly project consulting, Maloney found that his automation work simply didn’t fit Milestone’s hourly billing model. After all, automation reduces human engineering and therefore also eliminates billable hours.

Maloney left Milestone in 2014 and moved his family to Shasta Lake, CA. There, Maloney launched his own business – registering the MassDeploy® trademark and LLC.

Sustained by a couple of high-profile financial services clients, he spent five years refining MassDeploy, infusing his personal expertise and decision-making process into the automation solution. “I wanted to put a virtual ‘me’ into every one of my client’s builds and deployments,” said Maloney.

Before he could realize what he had accomplished, Maloney ended up with an artificial intelligence (AI) solution. MassDeploy automatically reads plain-text standards documents and determines the optimal software patches, installations, and adjustments to deploy.

Joshua Aaron, the other key player in the story of aiden, first started working in NYC at Constantin Walsh-Lowe, carrying out contracts for Credit Suisse. He quickly saw the revenue potential of IT services in the financial sector and, at just 23, founded an MSP which he called Business Technology Partners (BTP).

His accomplishments drove Aaron to advocate for IT success based as much on customer service as on technological expertise giving multiple speeches on the topic and wrote a well-respected op-ed published in Forbes.

Aaron’s leadership at BTP led to roles as CIO and CTO with former clients at various financial and healthcare organizations. Though BTP remains a strong and going concern, Aaron turned the reigns at BTP over to IT veteran, Michael Achey, who has strong expertise and business experience from his own MSP, which he merged with BTP in 2018.

Taking up a position as CTO at Hellman & Friedman LLC, a well-known private equity firm, Aaron, his wife Sophia, and their four-year-old daughter moved from New York to Oakland, CA in June of 2018.

An MSP leader meets the potential of MassDeploy

Aaron and Maloney were both at the cutting edge of the tech scene in the Bay Area and unsurprisingly, fate soon led to an encounter between the innovator, and the entrepreneur.

On first impression, Aaron was skeptical of Maloney’s MassDeploy. After all, CIOs and CTOs are ultimately responsible for the outcomes of the tools that they acquire and implement, and to Aaron, it didn’t make sense to relinquish so much control to an untested solution.

He thought, “There’s just no way someone could have automated the process of software deployment and patch management to a sufficient degree that we could trust it to push updates to our critical users and partners. “

That said, Aaron had spent years working in Microsoft environments deploying Windows solutions and knew how much frustration is caused in the deployment and patching of endpoints. After speaking to one of Maloney’s established clients, who raved about it, he decided to give MassDeploy a chance.

Aaron quickly realized that MassDeploy could be scaled across an unlimited number of endpoints. Delivering automated, pure, instant deployment of bare-metal builds and bringing into compliance existing endpoints based on standards documents written in plain text.

Introducing MassDeploy to a broader market

Maloney, of course, understood the potential of MassDeploy but didn’t have a route to market. “I can scale the software and the service. I don’t know how to scale the business really, other than designing software.” MassDeploy helps with two coveted areas – compliance and operational efficiency throughout the tech lifecycle. Although Maloney clearly understood the unique value of his solution, explaining that to a wider audience was not an easy task and it required a team effort to articulate the benefits of MassDeploy at scale.

Fortunately, Aaron had significant experience in scaling a business. As a board member of the Entrepreneurs’ Organization, he was keenly aware of the challenges facing growing companies, and how to overcome them.

“The biggest hurdle is simply getting people to understand what Sean’s [Maloney’s] software is really doing, what it’s capable of,” said Aaron. “Once someone sits down in front of a screen and sees MassDeploy for what it is, they’re immediately sold on its value.”

The obvious potential of MassDeploy led to Aaron and Maloney agreeing to a merger where BTP purchased MassDeploy.

Launching aiden during a pandemic

On March 15, 2020, COVID-19 hit the world by storm, locking down the Bay Area shortly followed by the rest of the US. We are all familiar with the implications, including the massive shift to remote working.

It was an extreme transition that put a spotlight on endpoint security like never before. Worse, during the pandemic, healthcare organizations were among the most heavily targeted by cybercriminals looking to exploit the explosion of vulnerable endpoints.

“People need this technology more than ever,” said Aaron. “Yes, the times were uncertain for starting a new company, but we had to push forward. We both agreed that if we postponed, we may never get this opportunity again.”

On April 01, 2020, BTP sent out a press release announcing its acquisition of MassDeploy, pointedly referring to its heightened relevance and also the team’s commitment to offer MassDeploy at little or no cost to healthcare organizations.

The decision was later made to rebrand MassDeploy and spin-off the Automation Technology division of BTP as aiden because it does so much more than deployment and to market it as a solution that is accessible to enterprise organizations across the globe.

Aaron called on longtime friend and fellow board member of the Entrepreneurs’ Organization (EO), Jeff Moore, offering him the position of COO. Moore, a Scaling Up Coach, software entrepreneur, and angel investor notably helped one firm scale up from $0 to a cash sale for $93 million in just 19 months.

“Josh (Aaron) and I first met when we worked together to put on a youth entrepreneur event at the New York Stock Exchange in 2010 and we’ve been in close contact ever since.” said Moore. “Josh has the drive, network, and experience to lead this business into the hundreds of millions in sales.”

With the ambitions of the company established, much of BTP’s staff began working on building aiden into a business.

They were aided by a newly formed marketing team headed by an accomplished young entrepreneur from San Francisco, Laura Graham, and LA-based documentary-film-producer turned digital marketer and entrepreneur Aaron Mellman.

Today, aiden combines the power of AI with the practical aspects of automation to create a new category of solutions: Automated Endpoint Management (AEM).

With an estimated 2 Billion licensed Microsoft endpoints out there, comprehensive endpoint automation has enormous potential. Automation frees up IT teams to focus on value-added activities – rather than the time consuming, routine tedium of endpoint management.

The company is on track to raise $2M by August 2020, launching in the markets of Dallas, San Francisco and New York.

Game-changing shifts in the way technology works require a paradigm shift and that is the case with aiden, the world’s first purely Automated Endpoint Management (AEM) solution. Today’s push for remote working requires a unique approach to endpoint management, an approach that until recently just didn’t exist.

Maloney, Aaron and their invaluable colleagues had the sheer persistence through their lives and careers to see this opportunity and to make aiden happen. The team behind aiden looks forward to “aidening” every endpoint to become fully secure and compliant – permanently improving the enterprise-wide security and compliance picture.

Get Cybersecurity Updates Right In Your Inbox

We use cookies to ensure that we give you the best experience on our website. If you continue to use this site we will assume that you are happy with it.OkNoPrivacy policy
Go to Top