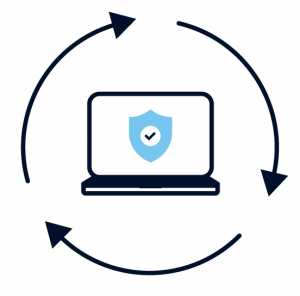 is to automate compliance and eliminate vulnerabilities from every device 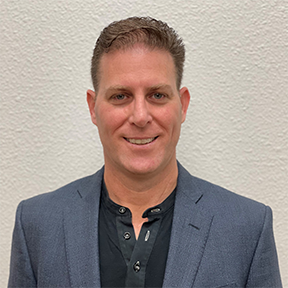 An enterprise IT expert and entrepreneur with over twenty years of experience as a CEO, CIO, and CTO at reputable businesses, including Hellman & Friedman and Business Technology Partners (BTP). As the founder of BTP, a premier IT consulting firm, Aaron garnered clients across some of the world’s largest financial, legal, and healthcare organizations.

A serial entrepreneur who has raised over $10M, a business strategist, and an angel investor. With over 30 years of experience in growing FinTech startups, Jeff has successfully coached startups to rapidly scale to $100M in revenue resulting in 100x ROI. A senior-level automation engineer and Aiden’s creator. Maloney has worked for top-tier PE and technology firms like Milestone Technologies, SanDisk, and McAfee. He developed Aiden while working alongside Silicon Valley’s top pioneers in software deployment and Microsoft systems administration. Michael Curry has worked in the alternative asset community for over 20 years. He helped grow RFA from a three-person consultancy to a recognized leader in the Hedge Fund community. Michael then worked to create and validate a secure private cloud offering in the marketplace that helped institute many security practices that are taken for granted today. He saw InfoHedge Technologies through its startup phase through its successful sale to Thrive Networks in 2018. Over those years, Michael has cemented a relationship as a trusted advisor to some of the best in the Alternative Assets Community. As Aiden’s VP of Sales, Laura educates prospects and spreads the word about our mission to help enterprises build and maintain high-performance computing environments that ultimately increase productivity and reduce risk. She has worked with top executives in each of her prior roles, always generating sales straight from the inception of a product or service. Based out of Silicon Valley for most of her career, Laura is recognized for her creativity, integrity, consultative selling approach, and ability to turn jargon into prose. 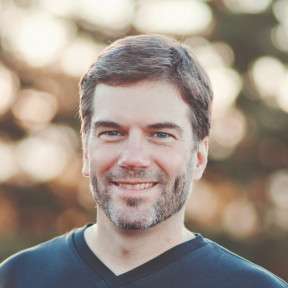 Chris has been in software engineering, management, and executive advisement for three decades. One-third of his tenure was spent at New Relic, Inc. where he was responsible for the strategy of providing their customers with performance insight for all their services and applications. As Aiden’s Head of Product, Chris leads a team of software developers to bring our innovation roadmap to life. Aaron started his career creating television, eventually becoming a producer for some of the world’s largest and most well-known television shows like Animal Planet’s Whale Wars, BBC and National Geographic’s Life Below Zero, A&E’s Duck Dynasty, and Bravo TV’s Top Chef Masters. During this time, he became passionate about content and helping small businesses develop a digital presence. Wanting to turn his passion into something more, Aaron started a digital marketing agency called Maverick Growth Solutions. After much success, he started working full-time, generating leads, and growing the online presence for technology and software companies. Aaron spearheaded an international digital marketing agency called Growth Drivers in the UK and The Leverage Model as the lead growth strategist in New Zealand. He met Jeff Moore as a client, who eventually brought him over to Aiden. 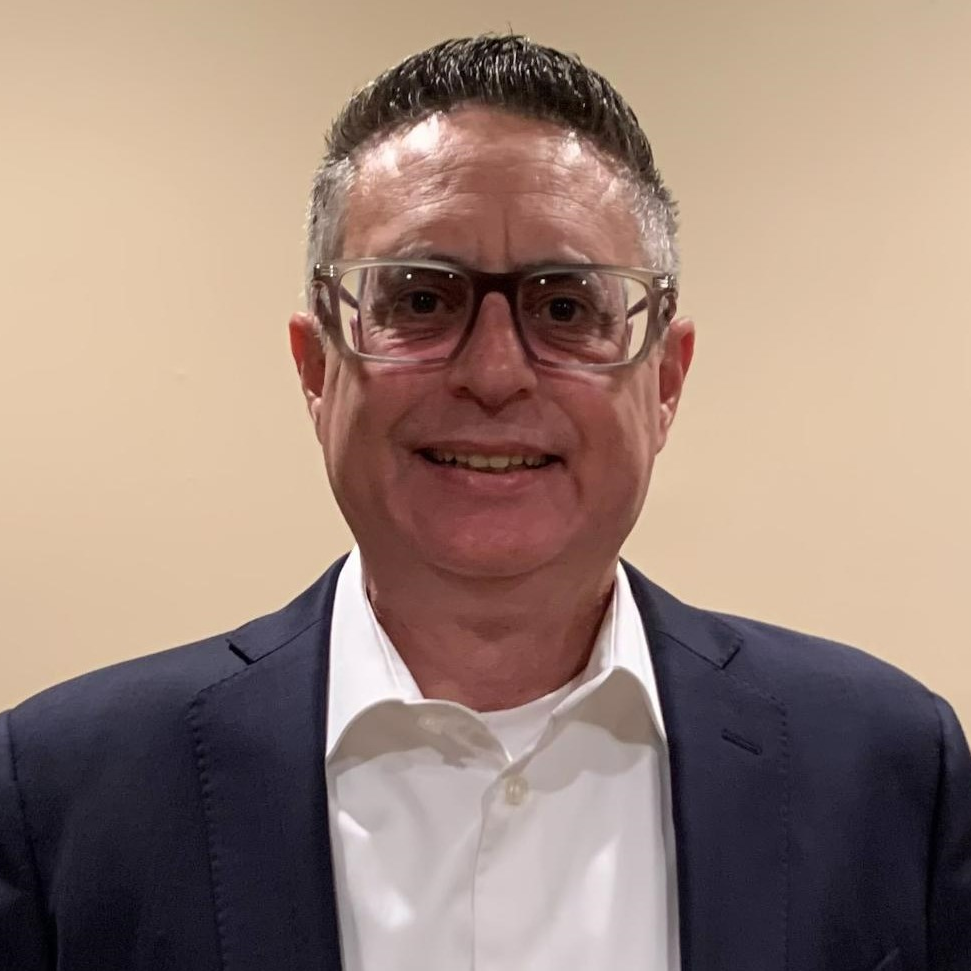 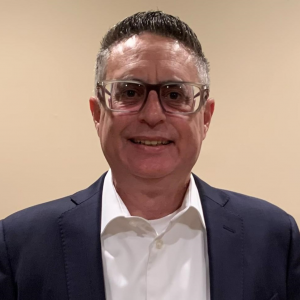 Russell began his career as a stockbroker advising on financial investments for high net-worth individuals. During his tenure, he became passionate about technology investments and was inspired to switch to the Information Technology industry. During his IT sales career, Russell has worked for well-known companies like AT&T, Sprint, and Crown Castle. He takes pride in utilizing a consultative approach to formulate and institute complex IT solutions that enable his enterprise clients to achieve their desired state. He strives to provide unprecedented customer service with the goal of having every one of his clients tell him that he supports them better than anyone else.

Aiden in the Press Richard A. Clarke served for thirty years in national security policy roles in the US Government, first in the Pentagon, then the State Department, and finally for an unprecedented decade of continuous service for three Presidents in the White House.

In the White House National Security Council for President Bush (41), Clinton, and Bush (43) he served as Special Assistant to the President for Global Affairs, National Coordinator for Security and Counter-terrorism (“Terrorism Czar’), and Special Advisor for Cyberspace (the first “Cyber Czar”).

Earlier, in the State Department he had been appointed as Deputy Assistant Secretary for Intelligence in the Reagan Administration and was confirmed by the Senate as Assistant Secretary of State for Politico-Military Affairs in the Bush (41) Administration. In the latter capacity, he coordinated elements in support of the First Gulf War. In the Pentagon and the State Department, he participated in a series of multilateral and bilateral nuclear arms control negotiations.

Following his government career, Dick Clarke was an on-air analyst for ABC News for fifteen years, taught at the Harvard Kennedy School for five years, lead a security risk management consulting firm (Good Harbor), and served on  corporate advisory boards and Boards of Directors, as well as chairing or serving on state and federal advisory boards on cybersecurity (including President Obama’s Advisory Group on Technology and Intelligence, the “NSA Review Group”).  He is the Chair of the Board of Governors of the Middle East Institute, an eight decade old educational institution based in Washington. He was a member of President Obama’s 2008 Transition team.

Clarke’s books include both non-fiction (5) and fiction (4). His seminal work on terrorism and al qaeda, Against All Enemies, was a number one NY Times best seller. His 2010 volume Cyber War, co-authored with Rob Knake, was a Washington Post bestseller and acknowledged as an early and foundational book in the field. Its sequel, the Fifth Domain; Defending our Country, our Corporations and Ourselves in the Age of Cyber Threats, also written with Knake, was published in 2019.

Clarke is the recipient of membership in the Cybersecurity Hall of Fame, the RSA Lifetime Achievement Award, and the Champion of Freedom Award from the Electronic Privacy Information Center. A graduate of Boston Latin School, the University of Pennsylvania, and MIT, Dick Clarke is a resident of Virginia.

Founder and managing partner of Merian Ventures, a US/UK venture capital firm focused on female founded and co-founded deep tech companies in Artificial Intelligence, Machine Learning, Blockchain and Consumer-facing technologies. Alexsis began her career in the finance, energy and technology sectors, where she held senior executive roles in M&A, venture, corporate finance and product strategy at Shell International and more recently, Merian Ventures. She is a frequent speaker and author on digital business, venture and the role of women in technology. Alexsis is a Fulbright Commissioner, Advisory Board member at the Oxford Internet Institute, The Foundry at Oxford, Founder of WEInnovate STEM Accelerator Imperial College, London and a Board member and Advisor to companies she’s funded or founded. She has an MS from Massachusetts Institute of Technology (MIT) and an MBA from Erasmus University 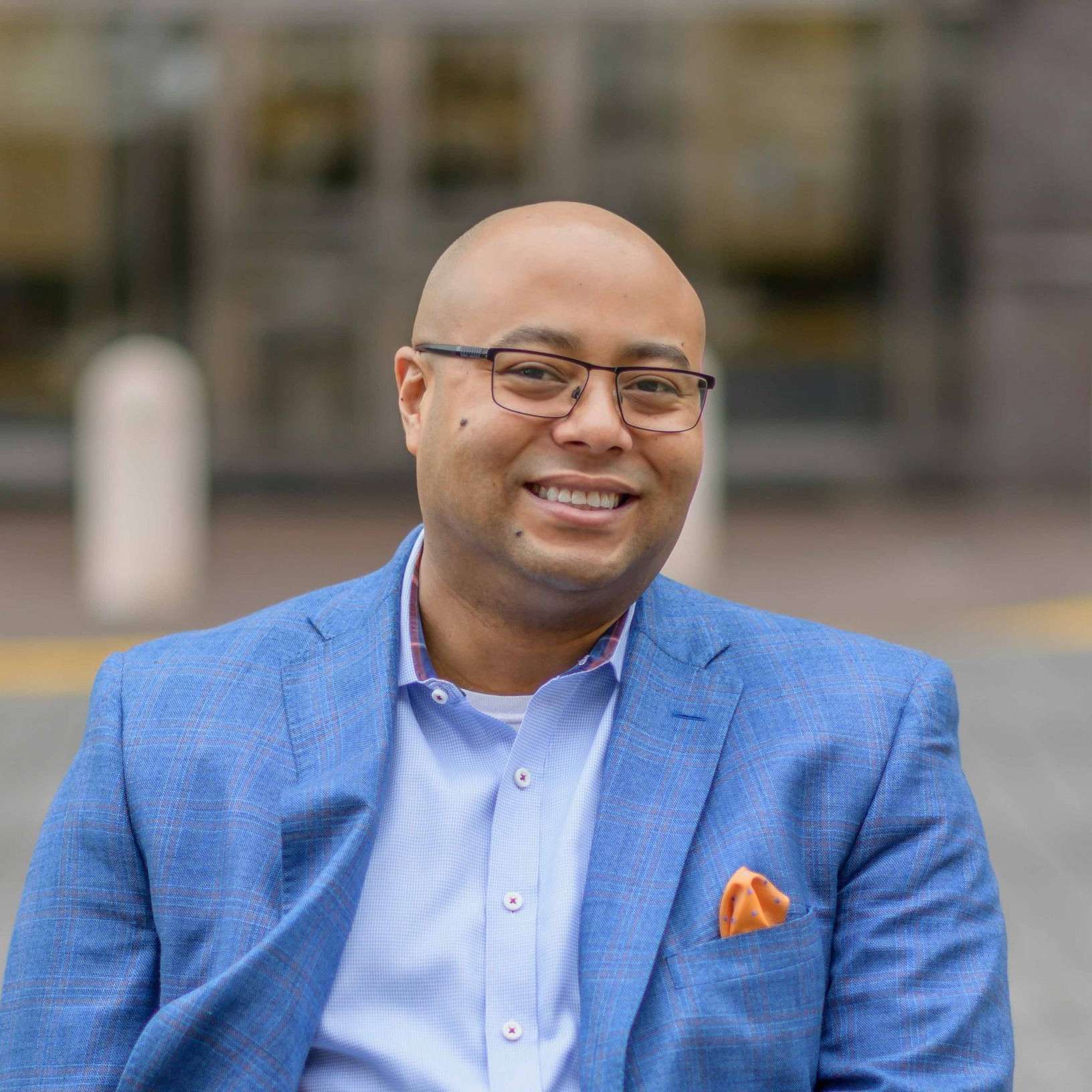 Managing Partner at Delve Risk, an organization focused on driving technology and risk management transformation for their clients. Anthony has led some of the largest global cybersecurity programs in Financial Services and is a passionate advocate for addressing the issues of diversity and inclusion within the IT domains. Prior to joining Delve Risk, he served as the Global CISO and Managing Director for multiple For-tune 100 companies, including Fannie Mae and the Corporate & Investment Bank (CIB) at J.P. Morgan Chase & Company. Erinmichelle Perri is Chief Information Security Officer at The New York Times. Prior to The Times, she held the same role at the multi-billion dollar healthcare IT company MultiPlan. Erinmichelle has over 20 years of management and execution experience in the healthcare, finance, and media industries with an information security and enterprise risk management focus. Before joining MultiPlan, she was a Senior Vice President with Citi leading teams in both the O&T Risk and Control department as well as the Global Information Security organization. Erinmichelle also spent five years in global consulting roles for JPMorgan Chase, Reuters, and Alstom. She holds both a BS in Computer Engineering and an MBA from Columbia University.

CISO at Invitae, a leading and publicly traded medical genetics company, Dave is previously CISO at RMS (Risk Management Solutions), a premier provider of catastrophe risk models forecasting losses for the insurance industry. With over 25 years of experience developing and managing security programs, Dave holds CISSP and CRISC certifications and has guided pre-IPO startups to Fortune 500 enterprises. Prior to RMS, Dave was Director of Cybersecurity Operations & Chief Security Architect for Maxim Integrated. As CTO & Co-Founder of DataLode, Dave provided marketing data analytics for brands such as HP, Toshiba, and Orbitz. Senior technology executive focused on strategically enabling positive business outcomes via innovation and operational change. Casey is an accomplished CIO and cybersecurity leader, an Advisory Board member to several technology companies, and Board Director for multiple professional and charitable non-profit organizations. Prior to her corporate career, Casey spent 4 years with NASA and participated as Propulsion System Flight Controller for over 20 Space Shuttle missions. Member of LCDA (Latino Corporate Directors Association) and HITEC. Dedicated to the development of Hispanic women youth and career-oriented professionals, supporting diversity and inclusion in the technology sector. Leveraging a career spanning nearly two decades at Microsoft, Rob is focused on the support strategy for all of Microsoft’s commercial business and manages a budget of $750 Million. Prior to Microsoft, Rob consulted in the high-tech industry for Accenture and served 9 years as an officer in the US Navy, where he ran flight operations and multiple reconnaissance missions worldwide. Rob received his MBA from University of Washington’s Foster School of Business and a BSE in Aerospace Engineering from the University of Michigan. With over 30 years in the IT Cybersecurity Software industry, Chris helped to pioneer the concept of using automated binary analysis to discover vulnerabilities in software after founding Veracode. As a subject matter expert, Chris has not only testified to the US Congress on the subjects of government security and how software vulnerabilities are discovered, but he’s also an international keynote cybersecurity speaker and the author of The Art of Software Security Testing. Since his tenure, Veracode was acquired by CA Technologies for $614M in 2017, in 2018, CA Technologies was acquired by Broadcom for $18.9B and in 2019, Thoma Bravo acquired Veracode for $950M.

Our partners choose Aiden because they are determined to deliver the best end-user experience for their customers.

15 Minutes Is All It Takes

Aiden is a trademark of aiden technologies, Inc.